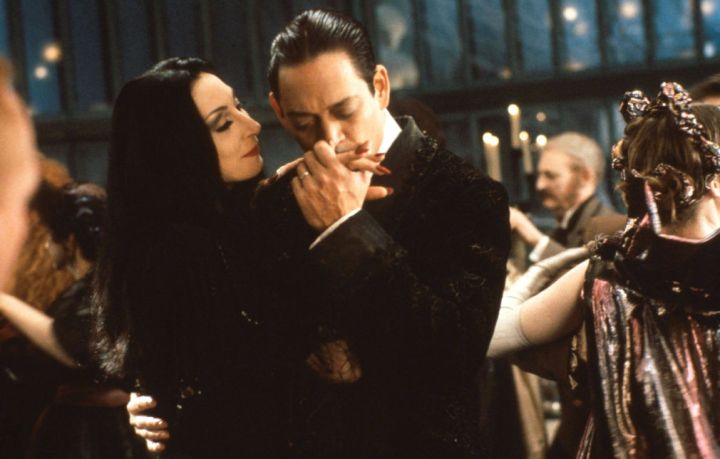 Flowers, chocolates and anything and everything heart-shaped blissfully emerge when February 14th rolls around. For lovebirds, it’s all red, pink and sweet for Valentine’s Day, no? Well, for those that have a penchant for dark romance, there’s nothing more amorous than a bouquet of black roses, a moonlit picnic in the cemetery and perhaps even a keepsake in the shape of a real, bloody human heart.

To commemorate this holiday, I decided to pay homage to some of history’s most quintessential pairs that put an entirely different spin on the old adage “romance is dead.” For the following seven most iconic goth couples, romance is at its peak when in the grasp of passion and death.

One of Tim Burton’s most beloved on-screen couples, Jack Skellington and Sally are an ideal match. Although the Pumpkin King initially allows his infatuation with Christmas to sweep him off his feet, Sally remains steadfast in her devotion, ultimately saving him from the deadly grips of Oogie Boogie. In the end, Jack realizes it’s his dear friend Sally he wants by his side to “sit together, now and forever,” reigning over Halloween Town.

Anyone who has read “Interview with the Vampire” and beyond knows that these two make a tortured, yet endearing pair. Louis couldn’t detest the Brat Prince more after some of the vile acts he commits in the first book of the series, but as the collection continues, the vampires’ love and fondness for each other deepens throughout multiple trials and tribulations. Lestat and Louis develop a bond with a depth only an immortal could appreciate. 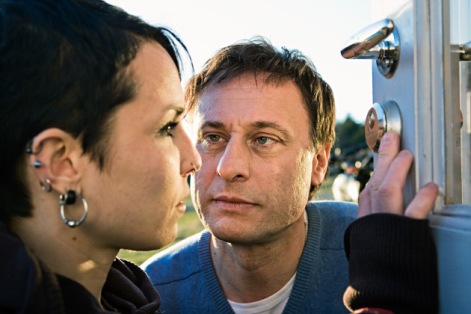 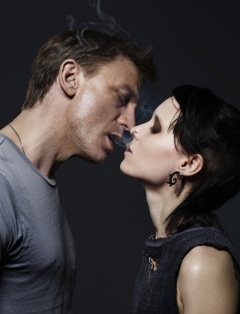 Daniel Craig as Mikael Blomkvist and Rooney Mara as Lisbeth Salander in the American adaptation of “The Girl with the Dragon Tattoo” (© Columbia Pictures, Metro-Goldwyn-Mayer)

So, only one half of this duo fits the bill of goth, but both heroine and cyber hacker Lisbeth and journalist Mikael Blomkvist have dark sides that unravel throughout Larsson’s Millennium Series. These partners in crime on the surface appear to be an unlikely pair, but work rather well together, enduring life-threatening situations. Although they steer clear from becoming a romantic couple, there’s an undeniable connection the two share that keeps uniting them throughout the books.

Yes, I’m aware that Manson and Von Teese divorced more than a decade ago, but there’s no denying that these two were a match made in hell when they got together during the early 2000s. The Patron Saint of Goths and Queen of Burlesque set the dating scene on fire when it was revealed they were a couple, and their unholy matrimonial union had all creatures of the night worshipping at their feet. They may no longer be wed to each other, but these two dark stars are on amiable terms and will forever be one of the goth scene’s most famous relationships.

If you know Victorian Gothic literature, then you know that Jane and Edward are one of the original goth couples. Alright, maybe not in the way the subculture is defined today, but Brontë’s novels, including “Jane Eyre,” hold a special place in many goths’ hearts, including mine. Ghosts of the past haunt both characters, and Mr. Rochester hides more than his fair share of skeletons in the closet. The two must face and overcome several specters of the dark if they want to be together.

One detail should be made clear here—in Bram Stoker’s tale, Mina does not really fall in love with the Count. She actually falls more under his spell. In fact, there’s not much of a love story that transpires between the two in the original version. But, later adaptions of the story have created a powerful love dynamic between the infamous vampire and Mina, most notably Francis Ford Coppola’s remake. Other retellings depict Mina as the reincarnation of Dracula’s wife whom he loved dearly and lost tragically. From the film “Dracula Untold” to the short-lived “Dracula” NBC TV series, Vlad and Mina are two lost lovers attempting to find their way back to each other after many lifetimes.

Of course this list would not be complete without the inclusion of Morticia and Gomez—the ultimate spooky couple! This pair not only embodies a true goth aesthetic that few come close to, but their union is the epitome of dark romance.

Dressed in head-to-toe black, both with raven-colored locks and an insatiable appetite for the macabre, Mr. and Mrs. Addams are a power couple who seamlessly maintain their haunted mansion, are gracious hosts to anyone not too afraid of their bizarre lifestyle and wonderful parents to their odd children, not to mention the passionate love this husband and wife have for each other. If those aren’t true couple goals, I don’t know what is.

I hope you enjoyed this compilation of the most iconic goth couples. I know there are plenty more out there, so let me know some of your favorites!

6 thoughts on “The 7 Most Iconic Goth Couples”

Leave a Reply to Mercury the Scribe Cancel reply