If you’re a vampire enthusiast like me, it’s important to know what places a city has to offer that will satiate your appetite for the vampiric. From grave sites to a wine tasting room, here’s a list of a few must-visit spots in the City of Angels that are perfect for both the living and undead.

A visit to the burial ground of the man who played Bram Stoker’s Dracula is essential when in Los Angeles. Bela Lugosi was born in Romania but laid to rest at the Roman Catholic Holy Cross Cemetery in Culver City. It is said that at the request of his son, he was buried in one of the capes he donned as the Count. You can find his grave at these coordinates: grotto, lot 120, grave 1.

Another place where you can pay homage to the actor is at the Hollywood Walk of Fame. Lugosi’s star was added shortly after his death on February 8, 1960 and is located at 6340 Hollywood Boulevard.

Maila Nurmi was the intriguing woman that made Vampira into an icon. With her raven-colored hair, pointed eyebrows, sharp claws and trim waist, her image continues to be an inspiration to horror fans, goths and vamps. Her headstone contains an image of the actress as the famous character and aptly states “Hollywood Legend.” She’s buried in the Griffith Lawn section of the Hollywood Forever Cemetery.

If you follow my blog, then you probably already know about this event. Presented by master fangsmith Father Sebastiaan, Endless Night happens in different cities annually, including Los Angeles. The L.A. edition is held at the historic Globe Theatre and is a delightful gathering of dark, immortal souls. The next one is slated to take place in early 2020. Get a peek into past festivities here.

The grandson of an orthodontist, you can say that the art of fangsmithing is in Father Sebastiaan’s blood. He received his first pair of fangs in 1993 and began creating custom vampire teeth for others as a career the proceeding year. With more than 20 years of experience, he is one of the world’s most respected fangsmiths. He recently announced on social media that he will be taking appointments at the Memento Mori curiosities shop located in Los Angeles. I’m hoping to get a pair made by him soon, so stay tuned because I’ll definitely write a blog post on that experience. Find out more about his services at the Father Sebastiaan official website.

One of television’s most notorious vampire shows was filmed at various locations throughout L.A. Visit Torrance High School and UCLA, both which posed as Sunnydale High in the series. Another stop that you’ll want to make is at Frank Lloyd Wright’s Ennis House. The building served as Angel’s mansion and was also used in the film “Blade Runner.” For a complete list of places where the TV show “Buffy the Vampire Slayer” was shot, see the IMDb official website.

In the T.V. series, Fangtasia is the hot spot where vampires go to hang out and get drunk off blood. These scenes were partially filmed at a place called Alex’s Bar in Long Beach, California – my hometown! I was so excited to find this out. To get your own taste of “True Blood,” stop in for a drink. Check out the official website for more information.

If you want the real deal, then the Vampire Lounge welcomes you. Although it is currently closed, the establishment is set to reopen this year in a bigger location. The wine bar was created by Vampire Vineyards owner Lisa Dominique Machat and it’s believed to be operated by a circle of vampires. I highly recommend its line of blood-red wines, which include Dracula Merlot and True Blood Cabernet Sauvignon. Explore the wines at the official website. 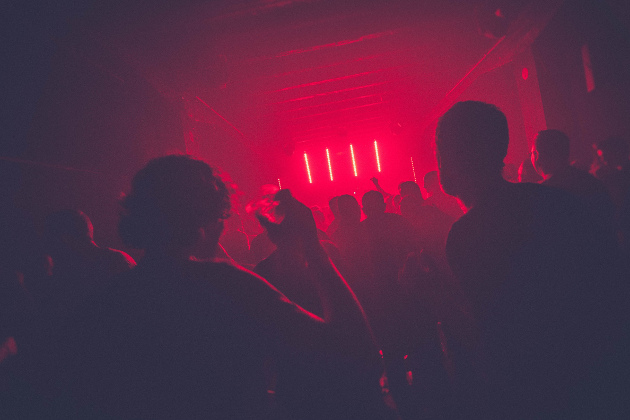 This club has been catering to the goth and vampire communities since the late 1990s. It’s a great place to go to dance to dark sounds and mingle with fellow creatures of the night. The place operates Wednesday and Saturday evenings, and occasionally hosts Endless Night Vampire Salons. Read about one of my visits in this blog post.

Located in Santa Clarita, approximately 34 miles north of L.A., is the train bridge featured in “The Lost Boys.” It is one of the most well-known scenes from the movie where the vampire gang hangs like bats from the railings. If you’re in the mood for a scenic drive, it’s worth seeing.

I hope you find the places on this list fascinating and attempt to visit a few. If you know of more vampire-inspired hangouts in Los Angeles that should be included, leave a comment!