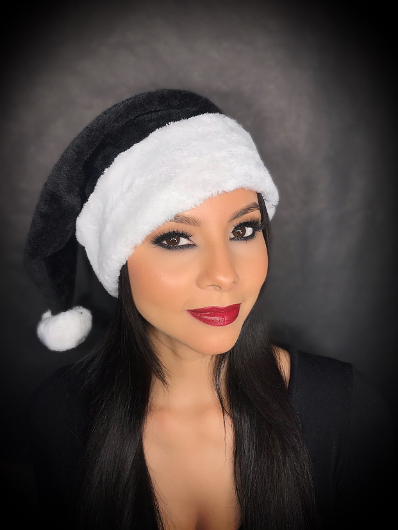 It’s that most wonderful time of year when the weather gets chilly, colorful lights adorn homes, Christmas trees go up, carols play on the radio and the smell of cinnamon practically permeates the air. And, let’s not forget the holidays are synonymous with gift-giving. Even a dark soul like myself enjoys the season. But, having said that, my macabre factor doesn’t tone down.

I like to compare myself to Jack Skellington from “The Nightmare Before Christmas” who had an appreciation for the holiday, but also injected it with his Halloween spirit. He proves that us morbid folk can strike a nice balance between Christmas cheer and ghostly boos. So, what do you buy someone who basks in the darker side of life? To get you started, following is a list of 7 Gifts for Spooky Souls that will work with any spending budget.

Why not start off with something really bizarre and unusual? For those unfamiliar with taxidermy, it’s the act of preserving a deceased animal’s body through methods of stuffing and mounting. Let me make it clear that I am not talking about animal carcasses attained through hunting, which I do not support. All taxidermy I have encountered is ethically sourced and no harm has come to the creatures in order to obtain them. They have died of natural causes.

Taxidermy ranges in price, from under $100 to thousands of dollars. I attained a bat for $50 when I went to a Los Angeles horror convention. I’d suggest checking local oddities shops in your area. Also, if you’re familiar with Ryan Matthew Cohn of the “Oddities” TV series, he tours his Oddities Flea Market across the U.S. For those local to Brooklyn, New York, a special holiday edition of the event happens in December, so take advantage to peruse the taxidermy pieces there.

Anyone who’s been following my blog for a while knows that I love attending dark art shows. If you know an art-lover, a painting can make a nice present. Plus, you don’t have to have a fine art collector’s bank account to purchase these types of items. Many exhibits I’ve gone to have prints available of artists’ work. I’ve usually paid around $20 for the ones I have acquired and they’re beautiful.

If you’re unsure that the person you’re shopping for has a favorite artist, a few I suggest are Menton3, Meagan “Magpie” Rodgers, Rick “Dienzo” Blanco, D.W. Frydendall and Meimaro, to name just a few. For more ideas, search the “dark art” tag on my blog to check out other artists I’ve covered.

You can’t go wrong with gifting a classic horror novel or movie, and there are so many collections out there that it makes it a convenient option when you’re running low on time, funds and choices. Barnes & Noble sells huge volumes filled with scary tales. The bargain section usually has compilations of works by Edgar Allan Poe, H.P. Lovecraft, Stephen King and more for low prices.

Concerning cinema, I’ve found horror film collections from stores such as Barnes & Noble, Target, Best Buy and Amazon. A simple search on the internet will also no doubt turn up a plethora of results, so you can order from whichever shop you prefer.

Maybe you’re shopping for the fashionista in your life. Alternative apparel options are abundant for both men and women. Online shops such as Ipso Facto, Heavy Red, Killstar and BlackCraft Cult cater to the goth scene offering tops, coats and capes, shoes and accessories.

For fans of scary movies, I discovered a tumblr site called Horror Fashion that gathers all horror-related merchandise on Amazon and links to it. I haven’t ordered anything via this site, but it seems that purchases are made on Amazon. It’s convenient because it has already filtered through a selection of spooky goods for you, so you don’t have to spend time searching on Amazon yourself.

I also recently ordered an awesome long-sleeve tee featuring a quote from Bram Stoker’s “Dracula” from The Wytchery Store. Apparel is organized by themes, which include Gothic horror authors; witches, pagan & magick; vices; magica sexualis; and introverts & solitude. Retail chains such as Hot Topic and Spencer’s are also known for offering weird and quirky gifts in this department.

For the friend or family member who loves to host dinner parties or cook, there are some delightful options! Miss Havisham’s Curiosities specializes in china and dinnerware with a motto that declares, “Tea without sympathy.” Her teacups and plates are adorned with phrases that carry biting sarcasm. Some of my favorites are, “Kindly fuck off,” “I hope you choke,” and “Dead inside.” Not sets for anyone lacking in a sense of humor.

Foodies and Tim Burton fans will enjoy “The Nightmare Before Dinner” cookbook. Zach Neil, the man behind the Halloween-inspired Beetle House bar, released the cookbook, which contains recipes from the restaurant’s menu. My husband owns and has cooked a few dishes from it, and they’ve come out delicious.

No dinner is complete without a glass of wine. Vampire wines offers a selection inspired by Dracula and “True Blood.” You can shop online, although I’m not sure if they deliver internationally. I’ve also seen the wine in stock at select markets.

Those spiritually inclined will appreciate sacred items such as crystals, candles, incense, divination tools or ritual supplies. No matter where you live in the world, there is most likely a metaphysical shop located close to you. I’m fortunate enough that a monthly event called Witch Walk happens in a nearby city. I recently attended and found some unique and rare gifts for close friends that included healing spray oils, an intention candle and blessed jewelry.

The Nightmare Before Christmas

Yes! A section dedicated to my favorite Tim Burton film tops off this roundup. It just makes sense to include the cult classic that (un)officially united Halloween and Christmas in a way that audiences hadn’t seen before. As soon as autumn descends, stores are stocked with a variety of merchandise and memorabilia inspired by the movie, but there are also retailers that carry “The Nightmare Before Christmas” items year-round.

You can find Jack Skellington, Sally and other characters on luggage, apparel, coffee mugs, décor and much more. Special editions of the movie and soundtrack have been released over the years. I own the soundtrack on vinyl, which makes for a nice collector’s item. Retailers such as Hot Topic, shopDisney and Amazon provide many options.

There you have it—7 spooky gift ideas to hopefully lessen the stress of holiday shopping. Keep in mind, this list can also come in handy for birthdays and other special occasions. If you have other suggestions, please do share!